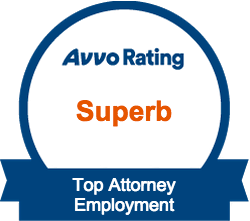 Gregory Thyberg was admitted to the California State Bar in 1981. Mr. Thyberg began his legal career as a criminal prosecutor where he spent several thousand hours in the courtroom examining hundreds of witnesses. In 1986, Mr. Thyberg entered civil practice representing banks and financial institutions when Dinkelspiel & Dinkelspiel, one of San Francisco’s oldest law firms, hired him as an associate. Over the past thirty years, Mr. Thyberg’s practice has encompassed a broad range of legal matters including business and commercial disputes, insurance law and employment law. Mr. Thyberg’s litigation experience includes opening a house counsel office for a major insurance company in Southern California where he was responsible for supervising a staff of attorneys in handling more than 400 litigation files.

Mr. Thyberg represented the relator in the first case to use the False Claims Act (FCA) to hold a defense contractor accountable for making false statements to the government about its compliance status with DFAR and NASAFAR cybersecurity regulations, United States ex rel Brian Markus v. Aerojet Rocketdyne Holdings, Inc. et. al., Case No, 2:15-cv-224 (E.D. Cal).  The case, which settled in July 2022 for $9 million with $2.61 million plus a confidential settlement payment for statutory attorneys fees and to resolve a related matter going to Mr. Thyberg’s client, was closely watched by legal experts as the first major test of the DOJ’s Civil Cyber-Fraud Initiative announced in October 2021. The case used the FCA, which dates back to the Civil War, as a tool to combat fraud and address the cybersecurity challenges of the 21st Century.  The Aerojet case is considered a landmark case that has provided the template for cybersecurity FCA cases against defense contractors going forward.

Mr. Thyberg has tried over 55 jury trials to verdict in courts throughout the State of California and has argued  multiple cases before the California Court of Appeal. He is admitted to practice before the United States District Courts for the Northern, Eastern and Central Districts of California. In recognition of his trial experience and professional reputation for civility and ethics, Mr. Thyberg has been elected by his peers to the American Board of Trial Advocates (“ABOTA”). Mr. Thyberg served for ten years as a faculty member for the University of California, Hastings College of Trial and Appellate Advocacy where he taught trial skills to practicing attorneys. Mr. Thyberg has also held a faculty appointment as a lecturer at the University of California, Davis, School of Law where he taught arbitration, mediation and negotiation skills.

Mr. Thyberg has served as mediator for more than 20 years and has completed 42 hours of mediation training at the Pepperdine University’s Straus Institute for Dispute Resolution. He has served as a Judge Pro Tem/Settlement Officer for the Sacramento, San Francisco and Los Angeles County Superior Courts.

Mr. Thyberg has been a lecturer for various continuing legal education programs, including seminars sponsored by the Bay Area Legal Secretaries Forum, Legal Secretaries, Inc. and San Francisco Trial Lawyer’s Association. More recently, Mr. Thyberg has advised defense contractors on cybersecurity as it relates to the False Claims Act as a speaker at the CyberSheath CMMC Conference in 2021 and 2022. In addition to his speaking engagements, Mr. Thyberg also appeared on several national news programs including the CBS Early Show, Fox News, The Big Story with John Gibson, and Geraldo Rivera Live.

Mr. Thyberg earned his B.A. degree from the University of California Berkeley with High Honors in Economics and Distinction in General Scholarship in 1978. He earned his J.D. from UC Davis Law School in 1981 and an LL.M. in International Law from The London School of Economics and Political Science, University of London, England in 1982. In 2006, Mr. Thyberg earned an M.A. degree in Christian Apologetics, with High Honors, from Biola University.